Why book our hotel?

6 good reasons to choose our hotel

A unique experience in a historical house

A beautiful fine sandy beach of 4 km, overlooking the Tyrrhenian Sea, in the unique and refined atmosphere of the Versilia Riviera. One of the places that made the history of Italian tourism, chosen by the poet Gabriele D'Annunzio, a century ago, to live his passion with the actress Eleonora Duse.
Over the years, Lido di Camaiore remained true to his reputation attracting the main characters of the time, by King Vittorio Emanuele III to Guglielmo Marconi.

Fraction of the homonymous Municipality, whose capital is located about nine miles inland, Lido di Camaiore looks like a real town vacation, elegant and tidy, plenty of parks, paths and pedestrian areas, where a pleasant stroll, stopping in several clubs and shops, from the simplest to the most refined and exclusive.

The pride of Lido di Camaiore is, of course, a long and wide beach of fine golden sand. A picture-postcard beach, in the most literal sense of the term, served by over ninety modern and well equipped bathing establishments, thanks to which it's possible to spend ideals days of rest and relaxation by the sea.

In addition, each II and IV weekend of the month, on the seafront in Lido di Camaiore is held the Artisan Market of Arts and Crafts, which hosts over 70 exhibitors. 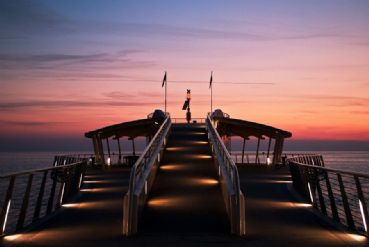 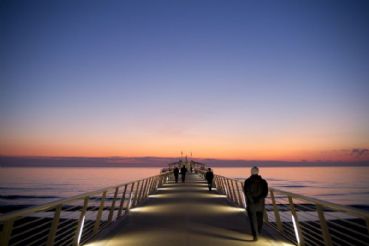 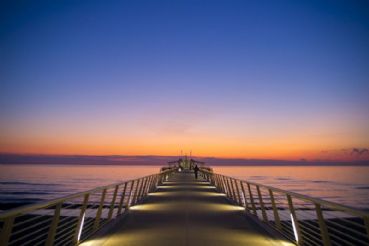 The village of Camaiore is located at the bottom of a valley surrounded by hills, as well as the northern Appennins.

Stazzema is the smallest town in Versilia and the higher up, nestled on the slopes of Mount Matanna in the heart of the Apuan Alps.

Torre del Lago takes its name from a tower, stood near the Lake of Massaciuccoli between the XV and XVI century

Viareggio and its carnival

Florence artistic and cultural heritage is very valuable, so that the historic center of Florence has become UNESCO World Heritage Site in 1982.

Discover Via Francigena with a route map

tourist route by mountain bike along the Via Francigena from Camaiore

The Cinque Terre is a portion of coast of the Ligurian Riviera located in the territory of the province of La Spezia and with the village of Monterosso, Vernazza, Corniglia, Manarola and Riomaggiore.